skip to main | skip to sidebar

AM spending more time on Twitter than here right now. Am a bit snowed under with things at moment - and tis easier to say something in 140 characters.

Will return once a week here - but check me out at @frankworrall for up to date comments etc.

All best, Frank
Posted by Frank Worrall at 5:22 AM

HUGE story emerging from Portugal which, if true, explains a lot about Moyes' appointment as Utd manager.

Apparently Jose Mourinho was offered a five-year deal to take over from Fergie - but turned it down because his wife wanted to live in London, and he was unwilling to spend days away from her and his children.

Instead, he decided to take Roman's roubles at Chelsea.

I was as stunned by anyone that Utd had chosen Moyes - who has won nothing and not tasted Champions League football at even the group stage - but now it all makes sense, if the Mou story adds up.

Given fergie's sudden urge to quit (apparently due to doc's orders) Utd were taken by surprise. No 1 choice Guardiola had already gone to Bayern because he thought Fergie was in the box seat for three more years, No 2 choice Mourinho did not want the job when offered - which left United with Moyes, very possibly the new Frank O'Farrell to Fergie's Matt Busby.

David Moyes is a very lucky man to be the new Man United manager.
Posted by Frank Worrall at 12:31 PM

DAVID MOYES: WHY IT COULD WELL END IN TEARS

I THINK it may well end in tears: that David Moyes will find the job too big for him and that he will leave with Fergie stepping back into the brink, just as Sir Matt did all those years ago when Wilf McGuinness failed at Man United.

In my not too humble opinion, there were only two men worthy of the Utd job - Guardiola and Mourinho. Inexplicably, Pep was allowed to join Bayern Munich when everyone in the game knows he hankered after Fergie's job. That leaves Mourinho: he should have been chosen over Moyes.

Some random points as they zip through my head:

1. Moyes is Utd's Roy Hodgson. Just like old Roy, Utd took  him on because he is cheap and he won't upset the applecart. He will keep the majority of the current backroom staff while Jose would have wanted a clean sweep. The Glazers like Moyes because he arrives without having to pay any comp and he costs half what Mou would cost a year.

2. But just as Hodgson is finding the England job a tad too big for him, so Moyes is in for a big shock. I tire of hearing Roy moan about England's lack of players etc - and how he has so tried to convince us we should be grateful to simply qualify for tournaments nowadays. Hodgson is Mr Average: a good boss at West Brom and Fulham, but never big enough for England. Similarly Moyes. Already, I hear people saying he should be given time...that Fergie  took three years to bed in. But ask yourself this: would Mourinho ask to be given time? Or would he expect to hit the  ground running and win at least one trophy, and probably two, in his first season at Old Trafford? That is the difference: a difference of perception and expectation.

3. If you were a big star in South America, would you want to sign for Pep Guardiola, Jose Mourinho...or David Moyes? Or would you say, 'who' when Moyes was mentioned?

4. Moyes never won anything at Everton and has a total lack of Champions League experience. Not so Mourinho. We are constantly told Moyes did well at Everton - but he didn't win anything. Yet, on even more limited resources, Michael Laudrup won the League Cup in his first season at Swansea City. I'll admit it: I would rather have Laudrup in the Utd hotseat than Moyes,

5. Why was Bobby Charlton instrumental in choosing Moyes? My sources say it was Sir Bobby and Fergie who decided on Moyes. But Bobby has a renowned antipathy towards Mourinho because he is not the politest of chaps. Well, I am sure any Utd fan would rather have a rough and tumble guy - like Fergie, by the way - than someone who is well versed in the noble arts. And Sir Bobby, for all his talents as one of the greatest footballers ever, was one of the lousiest managers ever when he tried his hand at the tiller of the coal face. Just check out his managerial record. He is hardly qualified to judge managerial potential when he had none himself.

6. Moyes' teams at Everton have always been functional. Never entertaining and cavalier as United fans are used to, and indeed demand.

7. Mourinho was still available when Fergie and Charlton plumped for Moyes. It is a dereliction of duty that - as England did with Hodgson - they installed the wrong man in the hotseat.

As I say, it could well end in tears, with Fergie stepping back in temporarily as Utd try desperately to avoid another repeat of the Busby/McGuiness/O'Farrell farce that dogged the club in the 70s. There's a saying that doing the same thing time after time and expecting a different outcome is the definition of insanity - have United indulged in insanity with their appointment of another O'Farrell so many years after the original blunder?
Posted by Frank Worrall at 8:28 AM

Surely, if Utd and Fergie knew he was off this summer, they could have gone out and tried to get Guardiola - a proven European manager.

Moyes is OK but unproven with big players and Euro football. People say he has done a great job on a shoestring at Everton, but what has he won?

To which people say, 'Well, you wouldn't win anything with his resources - he is a winner by keeping them high in the Prem.'

The answer to that one is: Well, what about Michael Laudrup?

Arguably, on less resources at Swansea but has won a trophy (Carling Cup) in his first season!

And I would have Laudrup before Moyes.

Here's the truth of it for the Glazers: Moyes = no compensation as he is out of contract = Glazers happy.
Posted by Frank Worrall at 7:33 AM

Neil Lennon 'to be Everton boss' if Moyes goes

I HEAR that Celtic manager Neil Lennon is top of the wanted list at Goodison if David Moyes does become Man United manager.

MOURINHO MAY BE THE SHOCK APPOINTMENT

I AM hearing some stunning news from OT - that Mourinho may be the new manager!

Has the Jose to Chelsea hype been a smokescreen all along?

If Utd have promised Moyes the job - and now want Mourinho, that would be a problem. But one that couldn't be sorted with say a £1million 'stay silent' deal with Moyes.

I'm sure Utd fans would take Mourinho as boss, with Giggs as his No 2, any day of the week.
Posted by Frank Worrall at 2:09 AM

RYAN GIGGS MAY BE NO 2 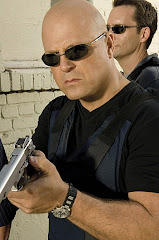 Frank Worrall
is a Fleet Street journalist who has written regularly for The Sunday Times, The Sun, The Mail on Sunday, FourFourTwo magazine, Melody Maker/NME and many other newspapers and magazines. The subjects of his critically-acclaimed books include Gareth Bale, Roy Keane, Lewis Hamilton, Alex Ferguson and Rory McIlroy.